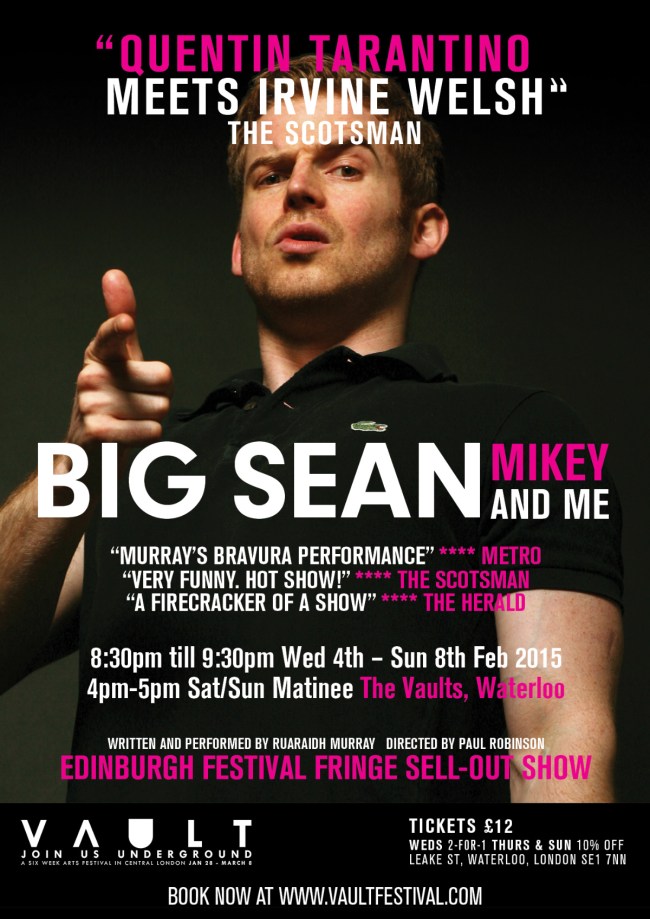 ‘In Mikey, Murray illuminates the psyche of Scottish youth culture with all the chips on its shoulder. Here is the peer pressure and antisocial behaviour  understood without being judged. MUST SEE!’  Thom Dibdin, The Stage

listen to ‘Big Sean, Mikey and Me – Ruaraidh Murray’ on audioBoom

2015 NEWS! Big Sean, Mikey and Me was performed live by Ruaraidh on the 18 May 2015 to kick off Soho Radio London’s 1st Birthday party. Listen above…

Big Sean, Mikey and Me is the story of Ruaraidh, his imaginary friend Big Sean Connery and his childhood pal, rough diamond, Mikey and their adventures through the Edinburgh the tourist guides omit.

Big Sean, Mikey and Me from Ruaraidh Murray on Vimeo.

Having Sean Connery as his imaginary friend in the show not only provided dark humour and a vehicle to sell the show but was very fitting as he was a childhood hero to both Ruaraidh and Mikey. 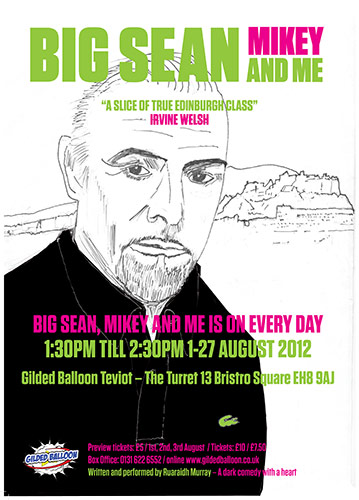 At the same time Ruaraidh was offered to perform his one man show at the Gilded Balloon. The up and coming Sophie Watson, Bush Theatre, came on board as co-producer, with Elliot Griggs, Royal Opera House, as lighting designer and Pilippa Herrick, National Theatre, as sound designer. Ruaraidh did his own publicity on the run up to the festival and received great support from Karen Koren, Rowan Campbell, all the Gilded Balloon press girls and Jonathan Russell at Mark Goucher Ltd.

Ruaraidh had his first ever performance of Big Sean, Mikey and Me at the Tristian Bates Theatre, London receiving the four star review ‘Murray’s bravura performance…’ Metro**** before performing everyday 1:30pm till 2:30pm 1-27 Aug at the Gilded Balloon.

All through the writing process of Big Sean, Mikey and Me, Ruaraidh was able to receive invaluable help with his research and development from his childhood pals. It was also important for Ruaraidh to document the recent history of his generation and the Edinburgh he grew up in during the Casuals and gangs scene of the 1980’s and 1990’s. 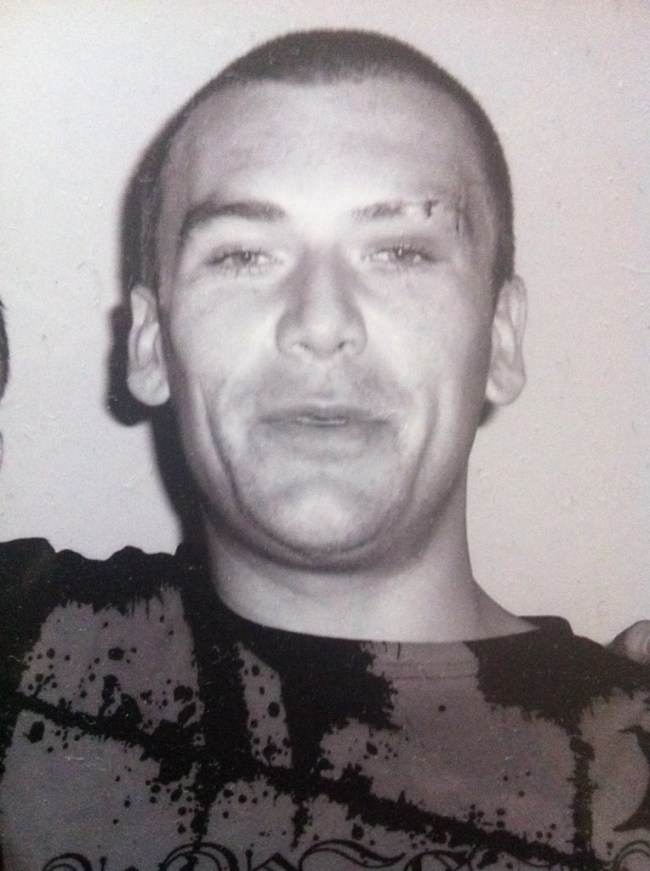 ‘Without glorifying violence or drug culture, Murray succeeds in evoking a way of youth. As young Ruaraidh follows Mikey on his adventures around Edinburgh, the litany of names of the city’s firms – the casual gangs – checklists areas of the city that the fringe doesn’t normally touch.’  Thom Dibdin, The Stage 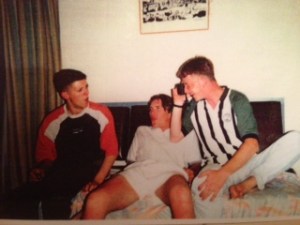 The Edinburgh Casuals and gangs. 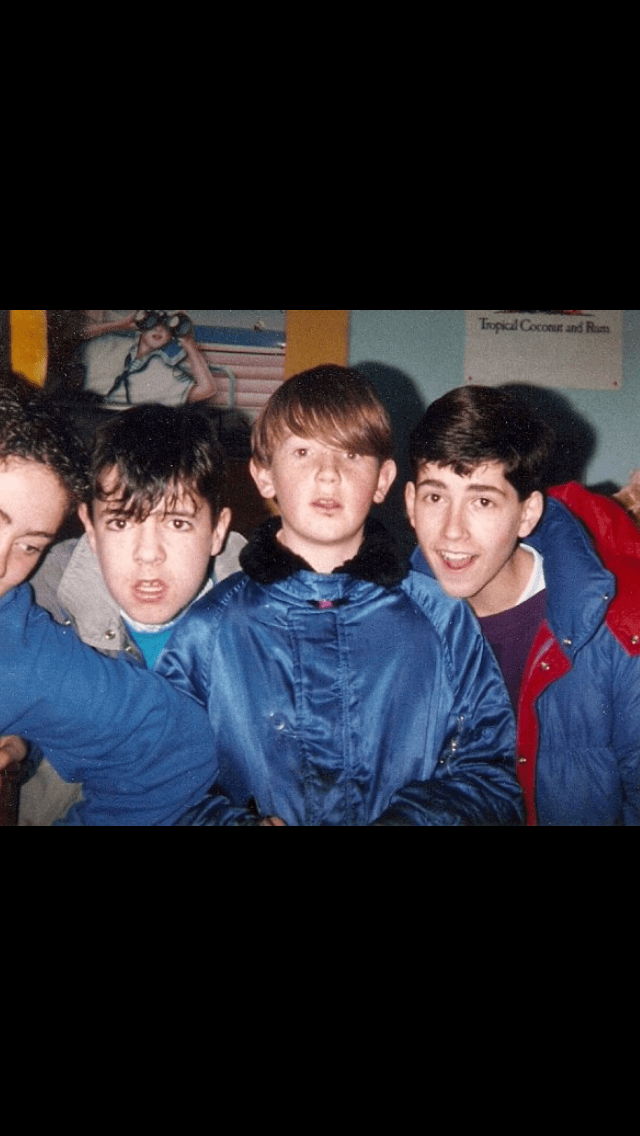 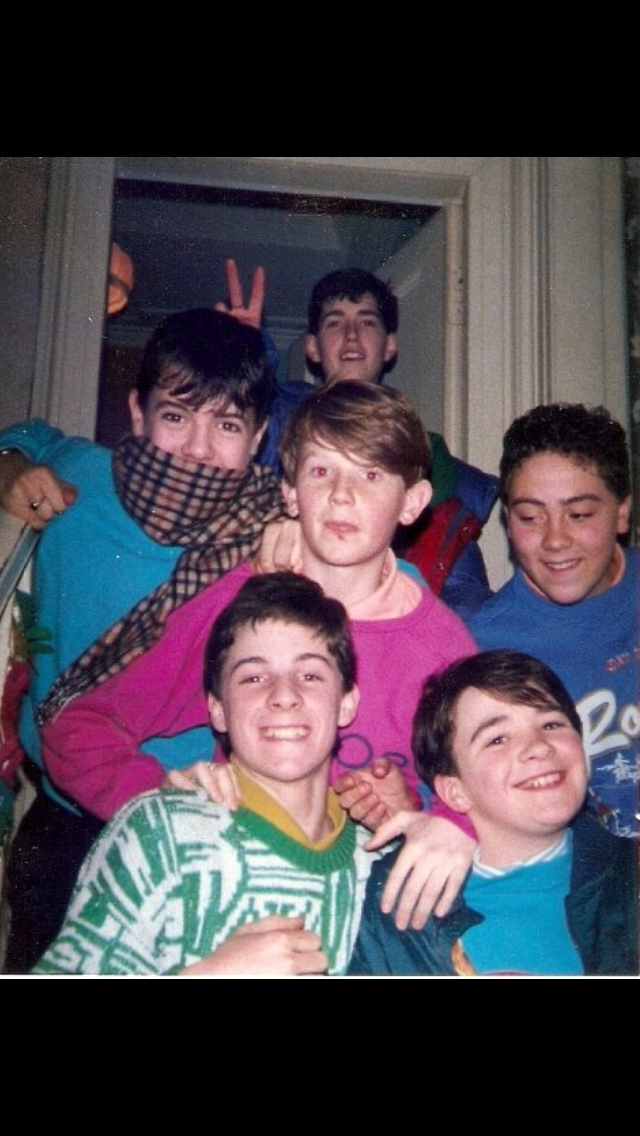 Some of the OFT became part of the Hibs Baby Crew. 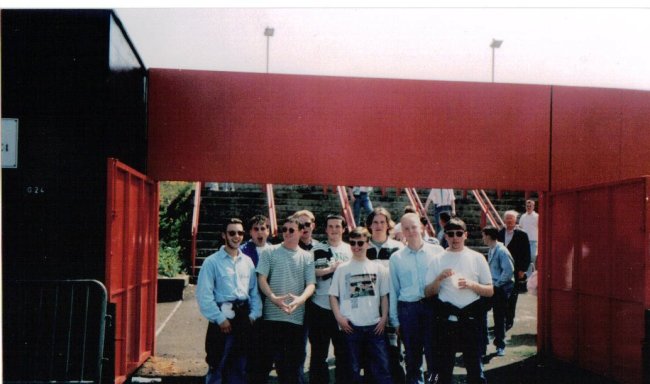 Woody(front centre with sunglasses), Mikey(standing behind Woody to the right) and other Hibs Boys after the Hands Off Hibs Rally at Easter Road in 1990. 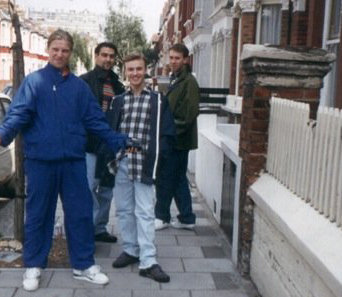 Hibs in Kilburn on the way to Millwall in 1990.

We Are Some of the Stockbridge Boys Song

This song, which is sung by Ruaraidh during Big Sean, Mikey and Me, dates back to the 1930’s/1940’s. It’s most probably older but by chance when Ruaraidh was in conversation with fellow Stockbridgers Davie Johnstone and his pal John (both in their 80’s) at Tynecastle Park recently they were able to verify the songs longevity. To Ruaraidh’s amazement, they did so by breaking into singing the song which they still knew the words to after all these years!

On the banks of the Dean,
We’re loyal, we’re true,
And when we meet the Leith team,
We’re ready for a do,
So it’s up and no surrender,
So here’s to the cask ale boozers,
And the good old Stockbridge boys. 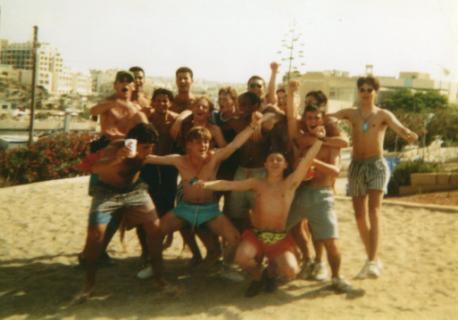 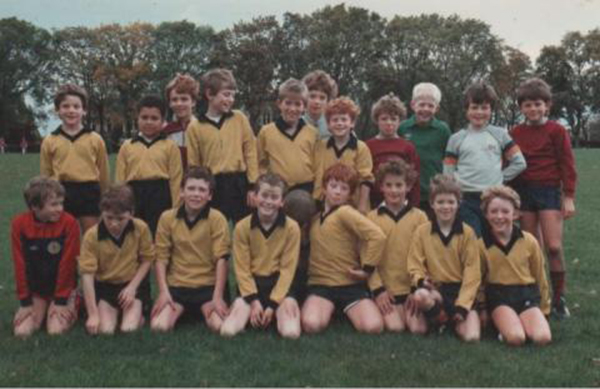 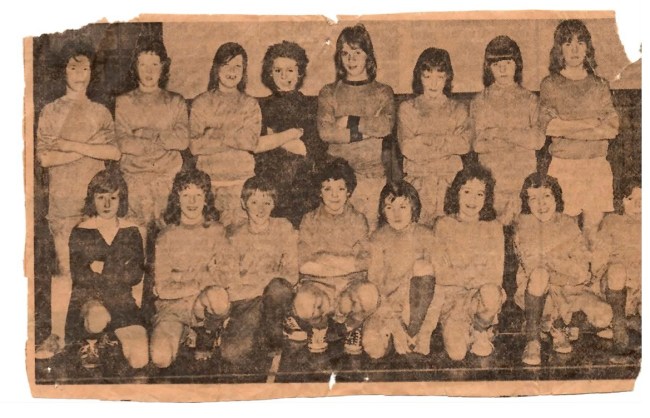 Stockbridge Boys Club back in 1973

This picture was kindly emailed to Ruaraidh from Paul Burns after Paul and his family came to see Big Sean, Mikey and Me during Edfringe 2012.

‘Our team was made up of Clermiston, Pilton, Drylaw and Muirhouse boys. Whilst earlier than your time, so much of your story rang true with myself. I was very quiet and in truth had a completely different upbringing from a lot of the team. A lot of them were Mikey type guys. I still see a few around town and can honestly say that even the hardest and those with the worst reputations were always fantastic with me and I always think of how they looked after me. Some fantastic names, Kevvy Steel, Paddy Dolan, Mikey Fascia( top left with Clerie Jungle sign with hands), Dougie Boxall, Davey Kernan. I am the quiet one in the tracksuit. In my eyes all great guys and a big part of my young life.’

Big Sean, Mikey and Me – Soundtrack

Here is the list of recorded songs that feature in the show:

1. Islands in the Stream – Kenny Rodgers and Dolly Parton
2. The James Bond Theme – John Barry & Orchestra
3. A Town Called Malice – The Jam
4. Gillette The Best A Man Can Get – Gillette commercial
5. The Steptoe and Son Theme – Ron Grainer
6. Some Might Say – Oasis
7. Waterfall – The Stone Roses
8. Let’s Get Physical – Olivia Newton John
9. Step On – Happy Mondays
10. Steppin’ Out With My Baby – Fred Astaire
11. Lament For The Lone Piper – Piper Vix
12. Cold Days From The Birdhouse – The Twilight Sad 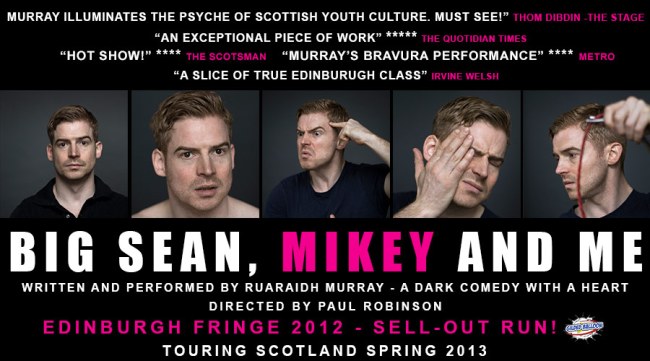 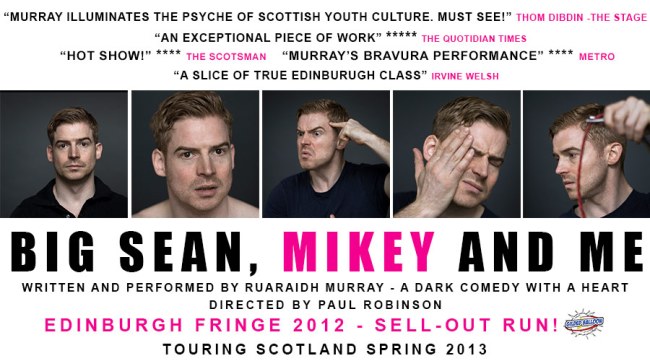